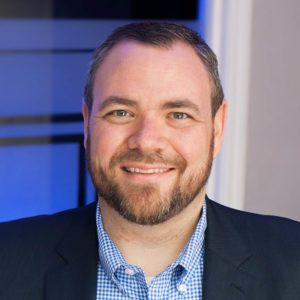 Cory’s Audio Visual co-owner and CEO Brad Poarch was recently named one of Oklahoma’s Most Admired CEOs by The Journal Record. The award will be presented at the Skirvin Hilton Hotel on April 29 at the tenth annual celebration.

This is the second year of recognition for Poarch who is honored for his leadership strength, community involvement, and innovation.

“One may assume that running a 66-year-old company is easy because operations are established,” said Tony Channel, manager at Cory’s Audio Visual. “This is completely far from the truth. Brad shows his excitement for the company’s growth every single day. He takes innovation seriously with a stance of ‘just because we have always done it that way’ is not a mindset welcomed at Cory’s Audio Visual.”

Throughout his 17 years at Cory’s Audio Visual, Poarch has worked in most of the positions throughout the Live Events division of the company, including sorting screws at the young age of six. Since purchasing the company from his uncle in 2012, Poarch’s drive and excitement have led to substantial growth year after year.

Cory’s Audio Visual is also a two-time honoree of The Journal Record’s Best Places to Work in Oklahoma. When asked about their experience during the Best Places to Work survey, employees overwhelmingly stated Brad’s leadership is a key reason for staying with the company, many of them more than 20 years.